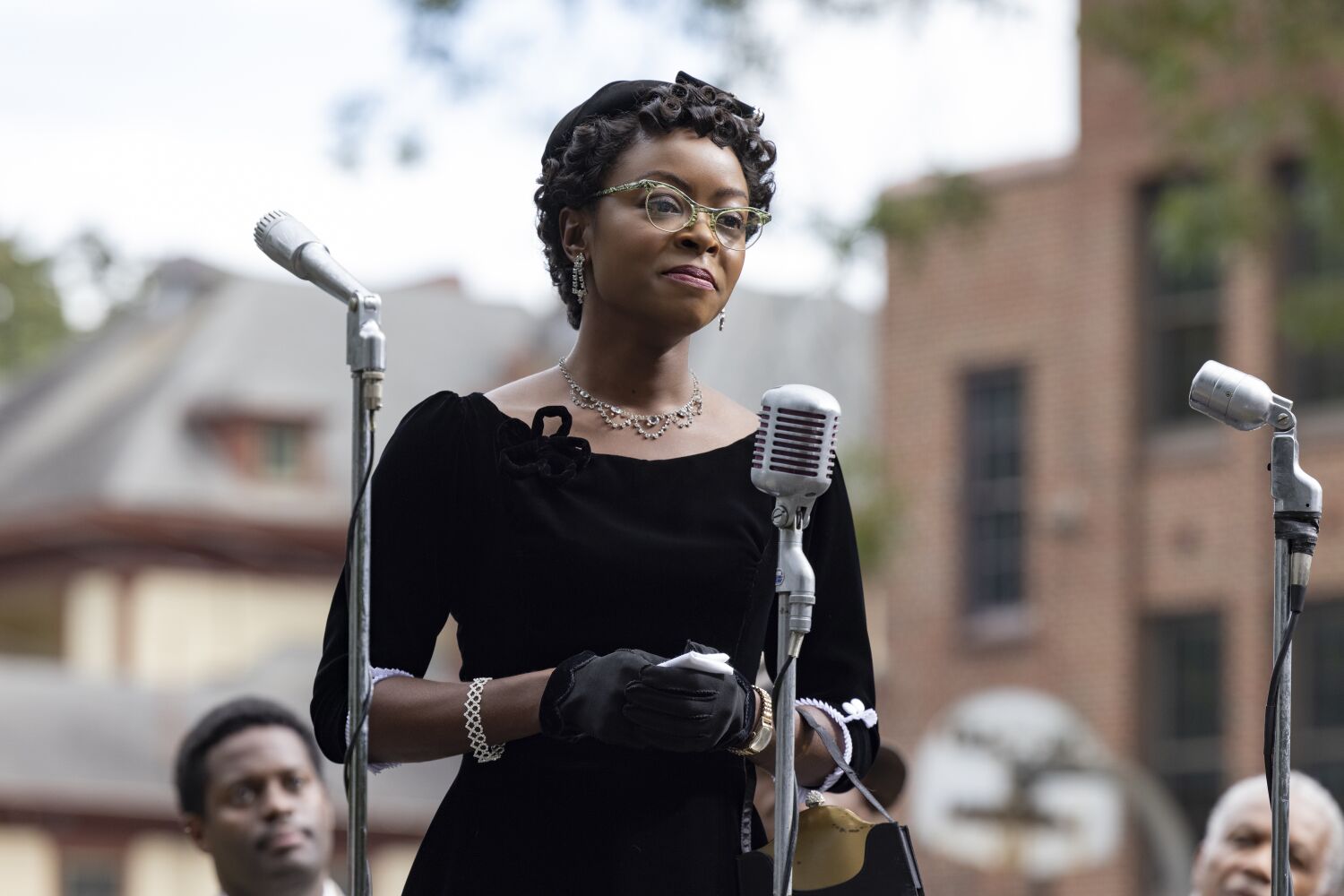 As films with Black leads and directors — “The Woman King,” “Till” and “Nope” — were shut out from the 2023 Oscar nominations, some are resurrecting the hashtag #OscarsSoWhite.

“Twice as hard, half as far. The #OscarsSoWhite playing out like always for Danielle and Viola,” tweeted music critic Britt Julious, referring to Danielle Deadwyler of “Till” and Viola Davis of “The Woman King.” “Shameful,” she added.

The Times’ essayist Jamil Smith referred to the snubs as “#OscarsSoWhite, redux,” also noting the shut-out of Davis’ and Deadwyler‘s films.

One user jokingly called the nominations list “Oscar So White 2.” (Though the real sequel came in 2016, the second straight year in which all acting nominations went to white performers.)

Others questioned the snub of “The Woman King” director Gina Prince-Bythewood and the film, “Nope,” which saw critically acclaimed performances from Daniel Kaluuya and Keke Palmer and lauded directing and screenwriting from Jordan Peele.

Some begrudgingly pointed to the surprise lead actress nomination for Andrea Riseborough of “To Leslie.” The dark horse candidate had a litany of predominantly white Hollywood A-listers boosting her performance on her way to the nomination.

“Nothing against andrea riseborough, but it’d be great if old guard hollywood rallied around a [woman of color] actress in a last minute oscar campaign,” one user commented.

Producer and diversity advocate Prasanna Ranganathan, who also noted the absence of woman directors from nominations, decried how “this allyship and amplification are rarely extended to racialized, queer and disabled people and often comes at their expense.”

Philadelphia Magazine editor Ernest Owens claimed that the push for Riseborough’s nomination came “at the expense of two Black actresses who’ve been critically acclaimed this entire season.” He called the campaign, “White privilege at its finest.”

Since the first Academy Awards in 1929, this is the 83rd time film academy voters did not nominate a Black actress for a lead performance; for Black actors, it’s the 74th lead-performance snub.

Halle Berry remains the only Black woman to win the Oscar for actress in a leading role, for her 2001 performance as Leticia Musgrove in “Monster’s Ball.”

In January 2015, after the release of that year’s Oscar nominations list in which all acting nominees were white, diversity and inclusion advocate April Reign was the first to tweet “#OscarsSoWhite.” The hashtag started trending online and sparked the ongoing calls for inclusion of Black and other filmmakers and performers of color.

Reign weighed in on the 2023 nominations on Tuesday morning, tweeting amid the backlash toward Riseborough that “we should resist the urge to blame one film or performance as the sole reason why our fave didn’t get nominated.” She also directed attention to “larger discussions.”

She went on to explain how studios use their limited awards season budgets to decide which of their films to support with nomination campaigns, calling the process “a money game.”

“And it’s always interesting to watch them proudly drop a film reflecting the experience of a marginalized community, but then let it dangle come awards season,” Reign wrote.

A 2012 analysis by The Times found that Oscar voters at the time were nearly 94% Caucasian and 77% male.Black voters made up about 2% of the academy and Latinos, less than 2%. Since then, the Academy has made changes to its diversity that perhaps have been reflected in recent victories such as Barry Jenkins’ “Moonlight” taking best picture in 2017 and Kaluuya and Will Smith winning best actor Oscars in 2021 and 2022, respectively.

This year, first-timer Brian Tyree Henry (“Causeway”) was nominated for supporting actor and Angela Bassett (“Black Panther: Wakanda Forever”) for supporting actress, her second Oscar nod. And Michelle Yeoh made history as the first Asian best actress nominee for her role in “Everything Everywhere All At Once.”

Even so, as Reign noted, gaps remain in diversity, with glass ceilings left unbroken and many still left out.

“We can also celebrate the incremental progress being made, while giving a stern side-eye to the fact that we are still acknowledging ‘firsts’ in 2023,” Reign wrote. “There is no magic bullet. But it is apparent that certain orgs are still unwilling to make necessary changes. One must ask why.”

Qatar sends envoy to Afghan capital to meet with Taliban